Are you an occasional quilter or do you quilt occasionally?

Likewise, you might be a quilter if you quilt occasionally!

In my early days of quilting, I thought I needed a reason (sometimes known as an excuse) for spending lots of time, energy, and (let’s face it) money on a quilt. So occasional quilting it was!

I’m sure each of you could add to this list! The point is, if I needed an excuse to make a new quilt, I could always come up with one!

In the beginning, I’d see a quilt offered in a class and would decide who or what occasion it was suited for and there was my excuse to take the class. Stage two was thinking of an occasion and searching for a pattern or fabric which best suited that theme for a quilt. As I, let’s say, aged as a quilter, I would think of the occasion and then either adapt a pattern or create my own quilt to suit the day.

See more about my rather slow progress HERE at Quilting Accountability – for FUN!

This project is by Willyne Hammerstein. Learn more HERE.

Stay tuned – the next occasional quilt I’ll share is for our daughter’s wedding – she’s getting married in the mountains in a week! Can you guess what the theme might be?

Quickly becoming a best-seller, Aria ahr-ee-uh is a quilt pattern for any feather-weight or other vintage machine lover!

Arias evolved from simple melodies in the 14th century and became a means to tell a story in a more emotional way, allowing a musicians (and later, vocalists) to display their talent. Arias are mostly associated with opera today.

So why call this pattern an Aria? Take a look at her…she’s definitely a singer!

I haven’t always known what an aria was and, had my oldest daughter not studied opera, I might still be in the dark. But here she is, four years ago, as a senior at Eastman School of Music, singing “Emily’s Aria” from the opera, Our Town by Ned Rorem.

While the traditionalist might cringe, fun things are happening with these featherweight machines. Tables and inserts, custom carry cases, and bright new paint jobs are indicators that these little work-horses will be around awhile.

As I mentioned HERE, I’d love to someday own a colorful featherweight, so making a Tula Pink quilt version seemed the thing to do!

#usebothsides of one focus fabric for the machine, binding, bunting (reverse), and scissors and thimble (both reverse). Choose fun, scrappy background fabrics and accent strips – all the while learning the nuances of value! (Click here for more about value.)

Shop for Aria and all the #usebothsides patterns at www.etsy.com/shop/CreativeBeeStudios.

Her Role, Our Town, My World 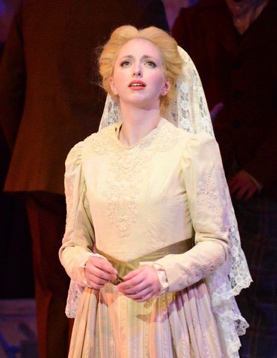 This calls for an opera quilt!

When your baby calls and says she landed the leading role in her school’s opera, what would YOU do? 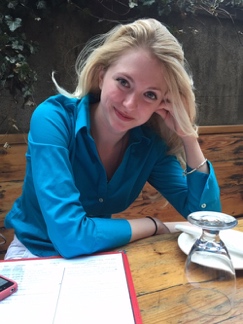 So our eldest daughter landed “Emily” in the opera, Our Town, by Ned Rorem at the Eastman School of Music in Rochester, NY. THIS WAS HUGE. Emily sang almost the entire second act herself! She had to own it. Rehearsals began mid-fall for the mid-April performances–because it was that hard! I can’t describe how proud her dad and I were of her. She had worked very hard at Eastman and had some tough years of struggling which had just paid off. All I needed to do was make a quilt–that should be an easy “part to play”.

I read it. It was incredibly short and vague. I read it again. Then I called Paige and asked, “What? What? What does this mean? And how in the world can they make a whole opera out of this?” She laughed and said, “Trust me, they do!” I had nothing (as far as inspiration goes for the quilt). I had to think deeper than normal to understand the message of this story.

I’m a theme-thinking person. I can’t just make some random quilt. It has to have some connection, a special meaning. But what? Step two became step 3.

Suddenly, like magic, it appears…new fabric by Benartex, called…you’ll never believe it, Our Town. YES! 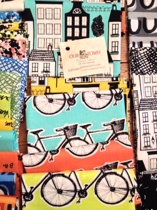 Now my next step (4) was by divine intervention, luck, or my mind’s way of connecting the dots.

I chose a bow tie block so that I could use my AccuQuilt Go! die to cut my fabric. There’s a good reason for that–I had just shoulder surgery and the Go! cutter required the same circular arm motion that I had to do in therapy, so it was GOOD for me to make this particular quilt. The lucky part? I later found out that Paige’s boyfriend played a role in the opera in which he had to wear a huge bow tie. THAT WAS IT! This quilt was meant to be. 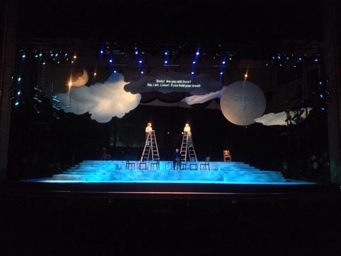 While Paige polished her vocals for her role (while also playing Maria in West Side Story, going to school, and working her church job) I made the quilt.

When I drove the sixteen hours to see her, we spent an hour at the poolside on a rare sunny day for Rochester and I finished the binding. 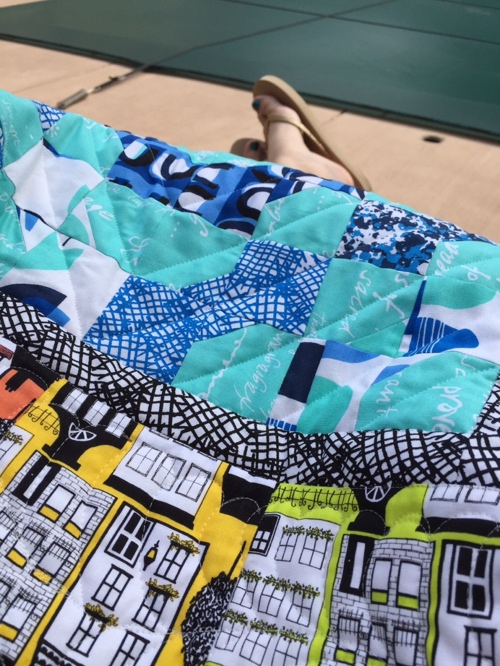 Her dad and sister flew in to Rochester and we watched our little girl sing her heart out in a vocally very difficult role. 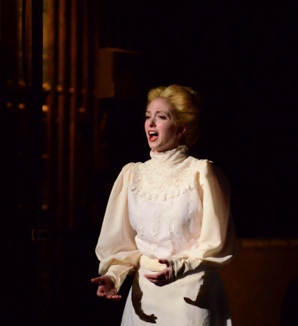 By the end of the run, she was exhausted and ready for the next event in her life: graduation! 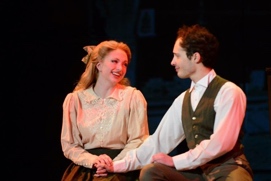 More than one Eastman alumni told us singing the part of Emily in Our Town was quite a feat for a soprano her age.

I saw Our Town three nights in a row. I had my heart torn apart three times as the meaning and hauntingly beautiful music of this opera was forever ingrained in my mind and soul. 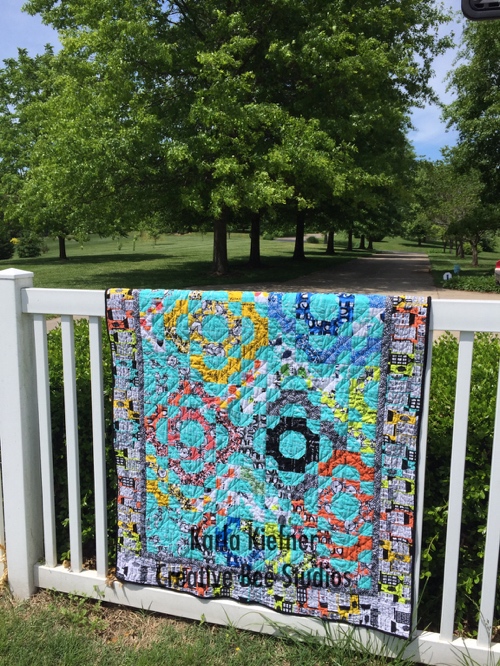 It was something I’ll never forget…the beauty, the sorrow, the emotion, and the tears of a proud momma.

Paige’s quilt is much lighter and happier than the opera it represents. But then, that’s our Paigee!

P.S. I love getting comments! 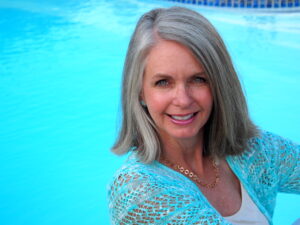 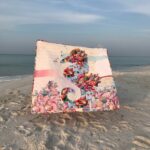 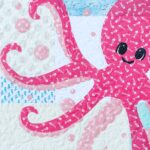