To Be or Not to Be Modern…

Defining modern quilting–that is the question!

My local quilt guild is adding a NEW CATEGORY for our quilt show: Modern!

Second response: Hmmmm, what EXACTLY is that?

Frankly, this has my Lutheran roots saying,

“What Does This Mean?”

This really is big news! We are, as a whole, fairly traditional quilters in this area, I think. That’s not to say that we don’t like new things or venture out into new techniques and fabrics…but now that it is an Official Category, I’m pretty sure I’m not the only quilter wondering, “What EXACTLY is Modern Quilting?”

The River Heritage Quilters’ Guild hosts a regional quilt show biennially (every two years). We take entries from residents in five-state area including Missouri, Illinois, Kentucky, Tennessee and Arkansas. Our next show is September 29 & 30, 2018. Click here to see the entry 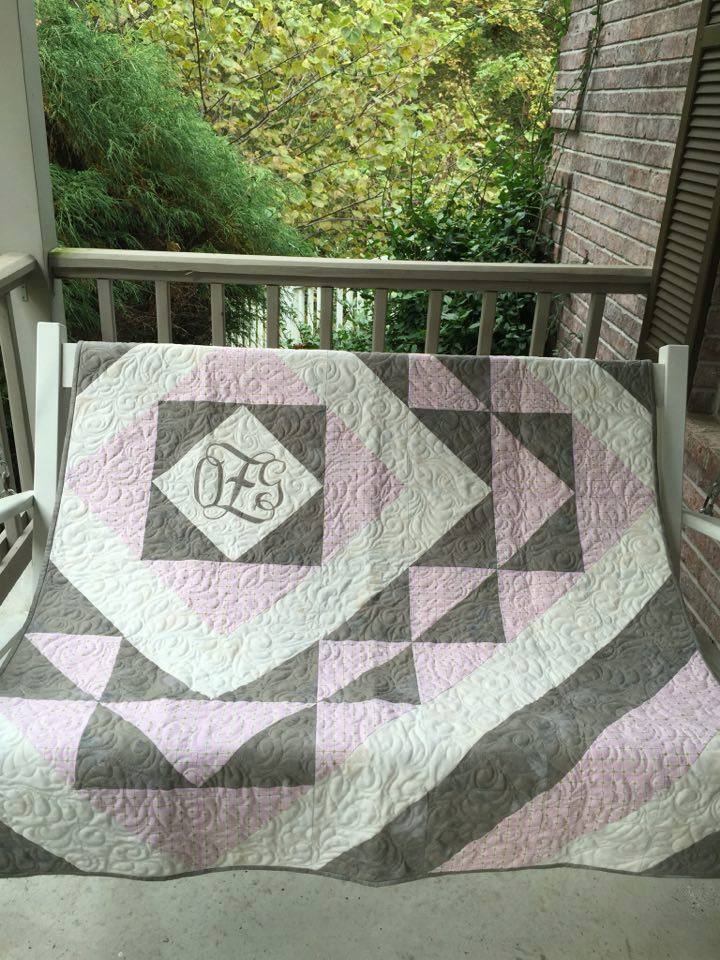 information our next show.

So while researching the modern quilt world for my own information, I decided to make this information available to my guild members as well so that we can all learn more about this new-ish era (it’s actually been around a while) in quilting.

FAIR WARNING: while I will do my best to present my findings about “Defining Modern” as unbiased as I can, I feel I must remind everyone that:

*You should ENTER, ENTER, ENTER! While you are deciding what quilts to make (or finish) and enter in the next two years, maybe one of those will fit BEST into the MODERN category!

Note: It is my understanding that if you have a quilt which can qualify in more than one category based on all criteria, you can still choose which category in which you enter it. (For example, if it could qualify as modern but you choose to put it in the wall hanging category because you think it will compete better there, you can. No quilt will be prejudged as too modern or too traditional and moved from a category–provided the entry meets size and all other requirements for that entry.)

Many modern quilt guilds have popped up all over the country—and the world! I was amazed at the numbers! Modern Quilt Guild  has over 170 member guilds worldwide. The MQG began in Los Angeles in 2009. Let’s start with their mission:

Our mission is to support and encourage the growth and development of modern quilting through art, education, and community.

Modern quilts are primarily functional and inspired by modern design. Modern quilters work in different styles and define modern quilting in different ways, but several characteristics often appear which may help identify a modern quilt. These include, but are not limited to: the use of bold colors and prints, high contrast and graphic areas of solid color, improvisational piecing, minimalism, expansive negative space, and alternate grid work. “Modern traditionalism” or the updating of classic quilt designs is also often seen in modern quilting.

Basically, there are no rules!

Do you use Pinterest? There’s a community board (which means when you’ve been accepted, you can pin to that board and you will see other member’s pins as well) called “Fresh Modern Quilts” which has almost 8,000 members so you’re sure to see a variety of quilts just following that one board! Here’s what they say:

A community board for modern quilting projects, tutorials and patterns to inspire. Any patchwork or quilted projects including quilts, bags, pillows and techniques are welcome . . . join us!

Here are a few modern quilt pictures from their board: by Jenelle Clark of Echinops & Aster inspire and support our members in their enjoyment of and growth in quilt making;

promote an interest in and appreciation of the art of quilt making, especially in a no rules modern approach to fabric arts;

assist our community by creating quilts and other fabric projects for those in need.

My good friend, Deborah, who lives in Maryland, has belonged to a NOVA MQG and before that the Philadelphia MQG. I asked her to give me her thoughts on the subject:

My description of a “modern quilt” is broader than some of the definitions I’ve seen on various websites. Much of the time a quilted piece strikes me as modern because of something unexpected in its design. For instance, a basic 9-patch can easily take on a modern feel if the pieces are varied in size, allowing some to be rectangles rather than keeping perfect symmetry. Similarly, if one allows some negative space to shine through in a design a more modern arrangement can be achieved. I’m sure most of have seen blocks made with “wonky” stars—the choice to allow some whimsy in a design contributes to a more modern aesthetic. Other times, for me, simply using bold, geometric prints in an otherwise traditional layout does it for me. As soon as you think you’ve defined what a “modern quilt” is, someone manages to produce one you couldn’t possibly have expected and that’s part of the fun.

Blogger Leslie at The Seasoned Homemaker  tried to determine if one of her quilts is modern by asking the questions formed by the MQG’s definition: 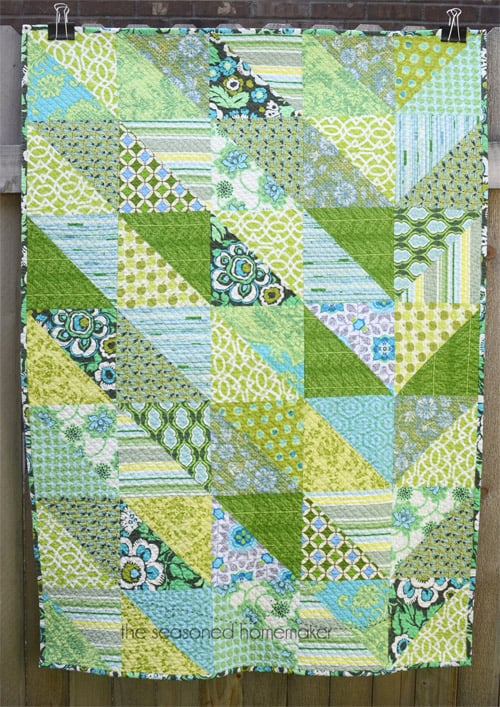 Leslie decided that her quilt DID qualify as modern because of the different grid-quilting she did on it.

In my quest to define modern quilting, I have learned that there are some very strong opinions about it and MOST (though, not all) of the opinions are (and I paraphrase),

While I tend to think Tula Pink and Kaffe Fassett  define modern, I think even hand-embroidered quilts can be modern with the right style, fabric, and quilting. 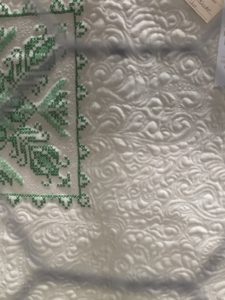 Through the Chicken Wire

I am starting to embrace the “No Rules” idea of modern quilting—probably because I tend to break traditional rules anyway!

Also, I think many of the quilts already shown in our guild’s “Show and Tell” have a modern flair– we just haven’t defined them as such.

… the definition of modern depends somewhat on where you are living and what the norm is there.

…modern is as modern does…meaning, it’s all up to you–if YOU think it is modern, it probably is!

For me, I think the best way to decide if a quilt I make belongs in the Modern Quilting category, I will ask myself,

“Is it traditional?” If not, it must have some modern elements and can go in that category!*

I hope this short study on the definition of modern was helpful to you! I do think I have a better handle on what I define as modern.

*Remember to check for size and other category requirements for your quilt show entries.

Thank you for coming to my blog. Please sign up to get an email about once a week when a new post goes live.

Please share this with your friends and encourage every quilter you know (members or not) in our region to start quilting for the River Heritage Quilters’ Guild Quilt Show . Please comment below if this post has been helpful to you!