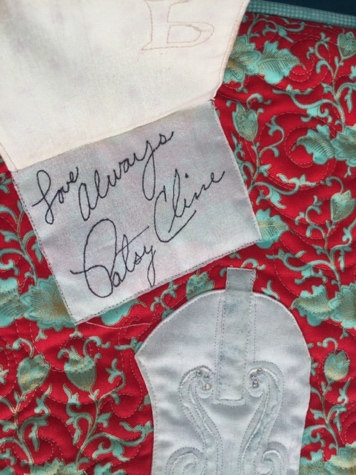 A Tracing of Patsy Cline’s Signature on “Always”

Back in Baby’s Arms

I Fall To Pieces

Leavin’ on Your Mind

Just a Closer Walk with Thee

Ahhhh, Patsy Cline. A legendary sound born out of illness. Vocal perfection, untrained. A voice silenced too soon.  Patsy didn’t have an easy or long life. But she left us with an incredible style of songs only she could sing. She had a way of making each song hers, even though she didn’t write a single one. She had a way of singing that told her fans she knew what she was singing about.

This past June, my youngest daughter was honored to play the role of Patsy in the musical, Always…Patsy Cline.

Two characters, three wigs, six shows, eight costumes, and twenty-seven songs each night made for a tiring but satisfying two weeks of performances. Her dad and I saw seven performances and I would still go every week if I could. 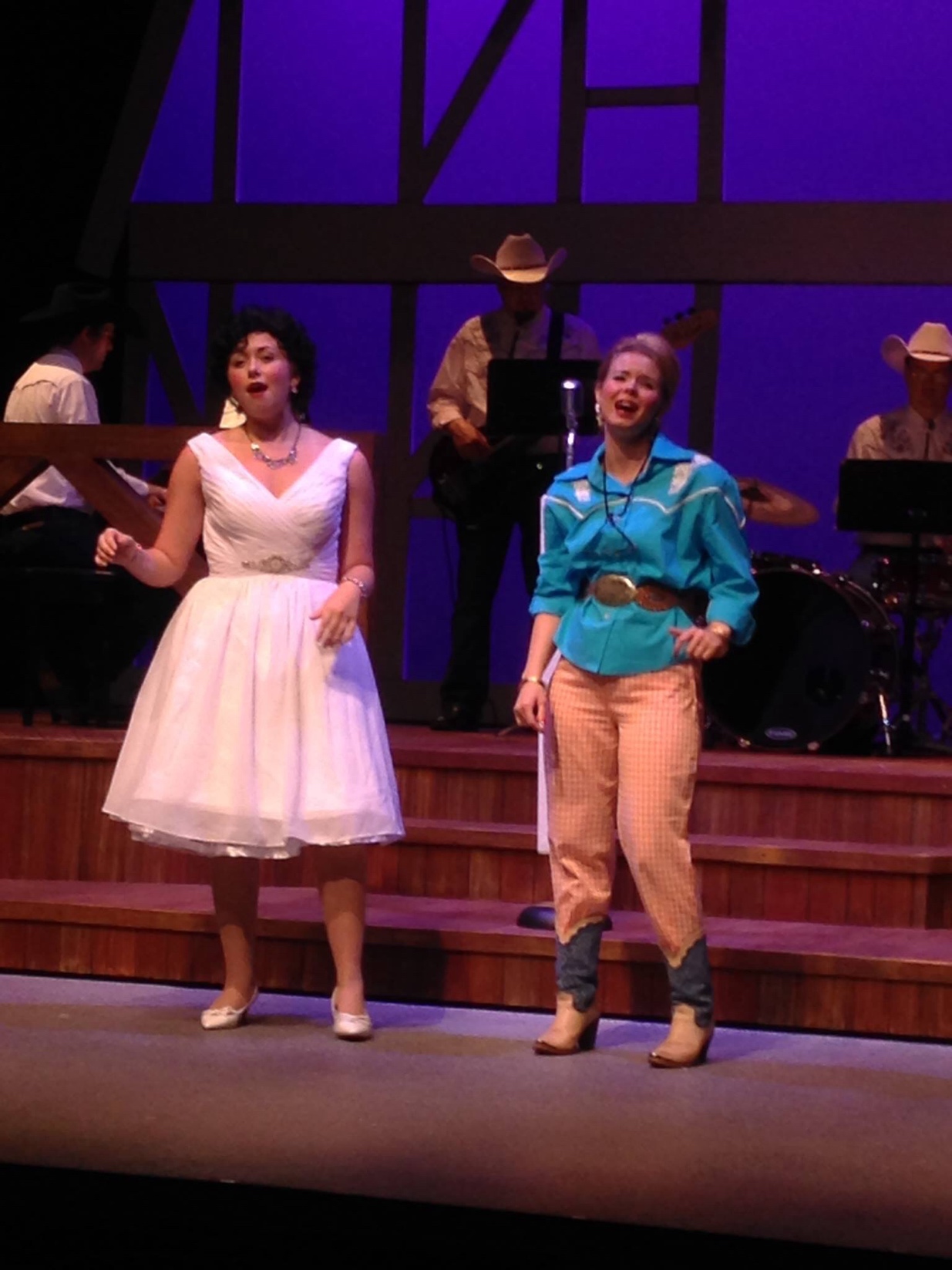 Even after seven shows, I never tired of Patsy’s songs, her spunky band, the Bodacious Bobcats, and her lovely friend, penpal, and biggest fan, Louise. I think it was the character Louise who made the character of Patsy seem so real. 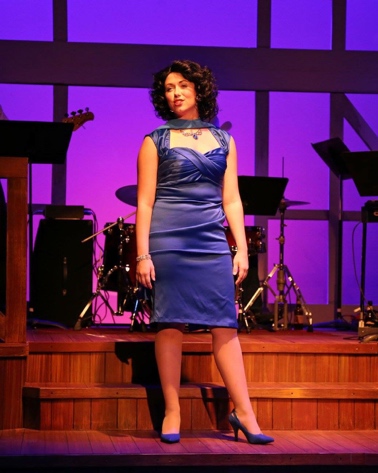 Walkin’ After Midnight Photo by Kenn Stilson Click for link to video.

Because there are no recordings of the show, I made Jacq a small quilt to keep the memories alive, but, to be honest, it was probably a work of mourning for me as much as it was accomplishment for her because I didn’t want the show to end!

The white boot and fringe represent one of her favorite of eight costumes and the stationary card with a “P” appliqued on the front has a tracing of Patsy’s signature and familiar closing, “Love Always”. 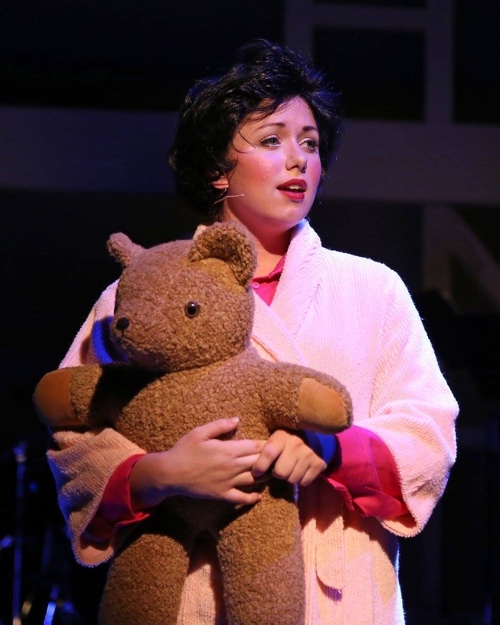 “Just a Closer Walk with Thee” Photo by Kenn Stilson

For a small quilted hanging like this, a little swirly quilting and glitz go a long way.

I know Jacq learned so much from this opportunity to play the role of this American legend. I know I will cherish watching her do it…always. 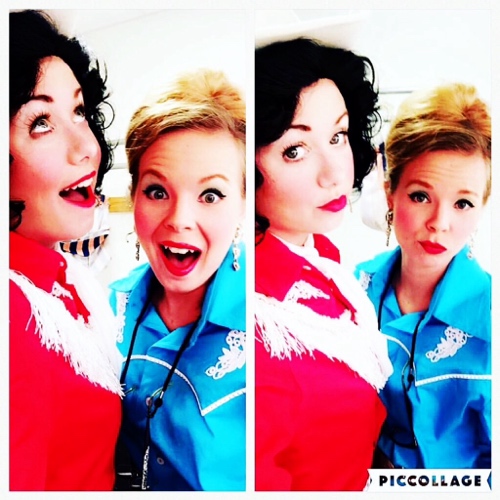 Patsy and Louise played by Jacquelyn Kiefner and Holly Lynn 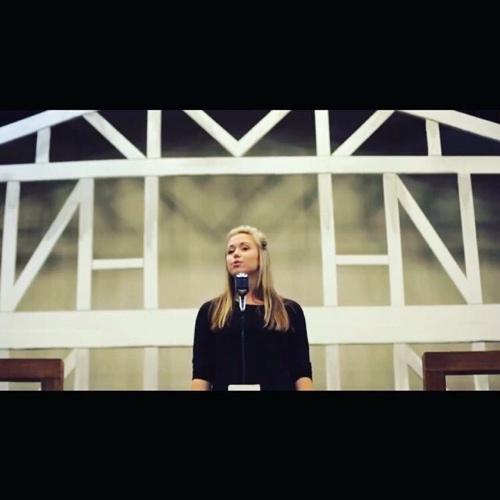 Jacquelyn Kiefner, The Conservatory of Theatre and Dance 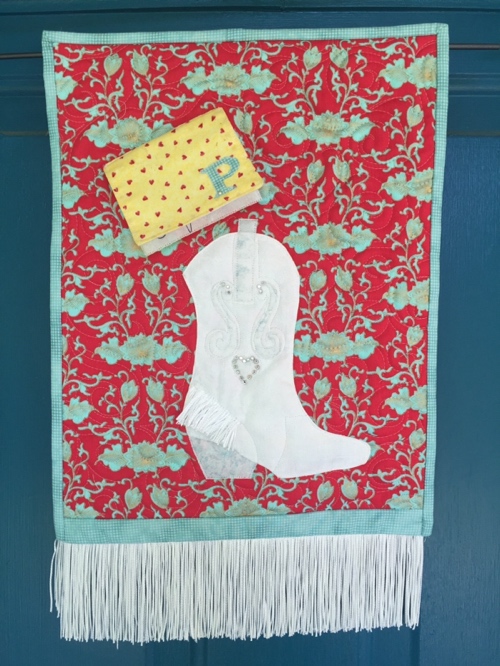 Thanks for subscribing! Check your email to confirm your account:)