In 2014, I made this Bonnie Hunter quilt called “Oklahoma Backroads” (click here for pattern link) for my daughter’s graduation from high school and to commemorate her role as Laurey Williams in OKLAHOMA!. 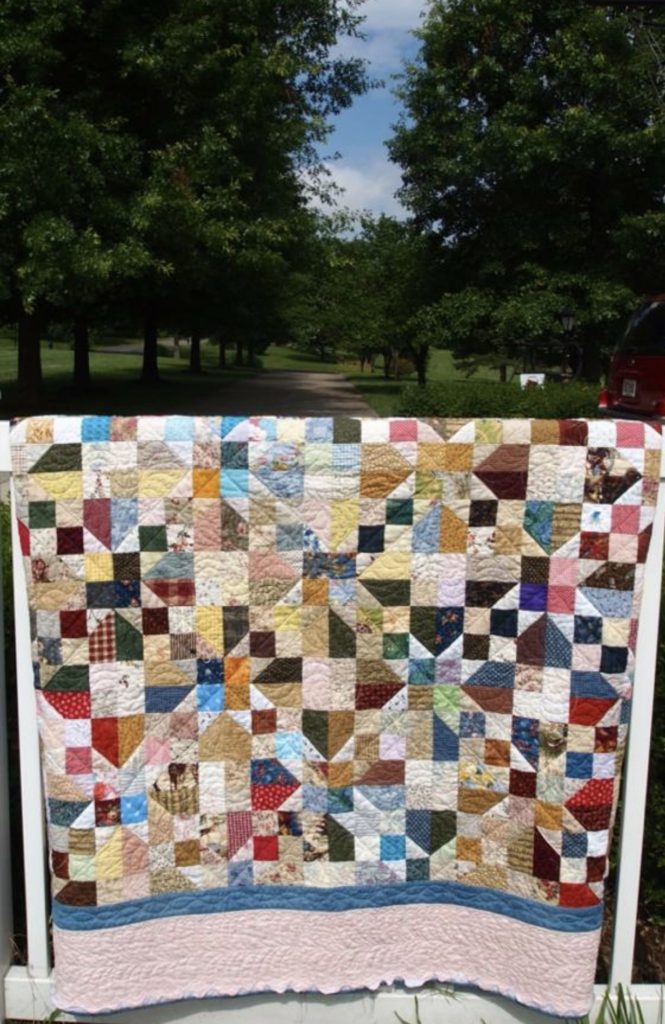 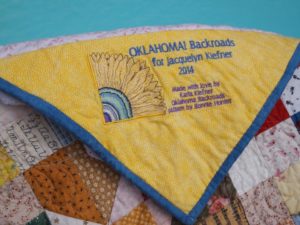 Notice I named Jacq’s quilt using all caps with an exclamation point – as the musical is named –OKLAHOMA!.

I used lots of scraps (as you do in a Bonnie Hunter quilt – which I LOVE)! Some of them included fabrics from  my mother-in-law’s stash. One of those fabrics was from matching colonial dresses she made for Jacquelyn and her American Girl doll, Kirsten, for a trip to Colonial Williamsburg.  Also, i used fabric and lace on the borders which were used on Jacquelyn’s costume for the role of Laurey. 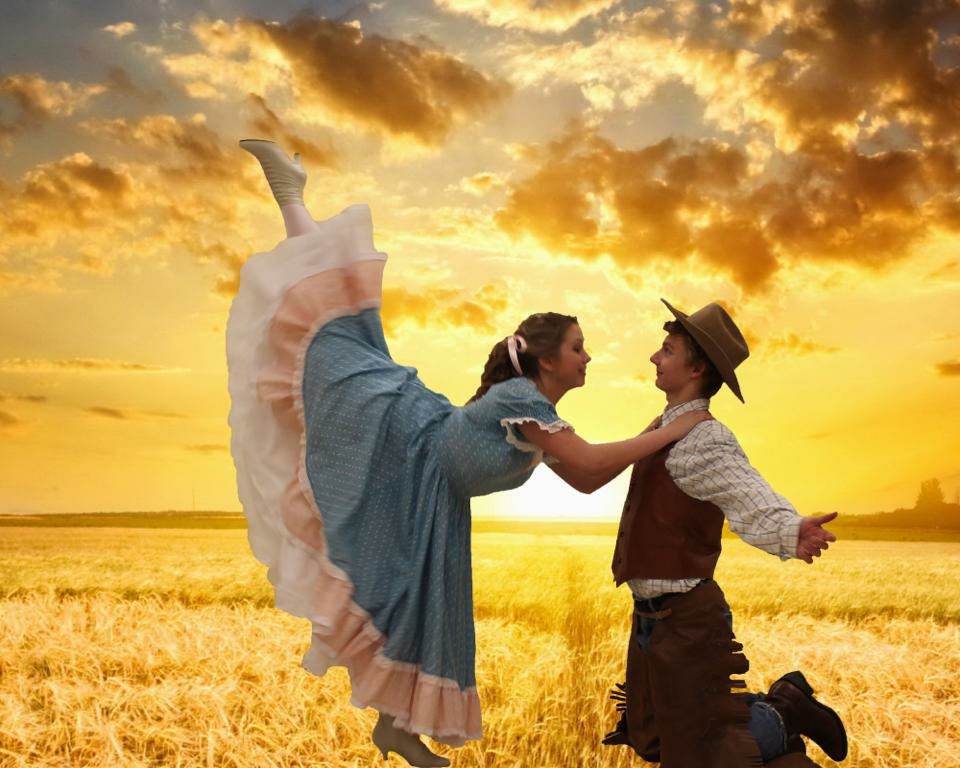 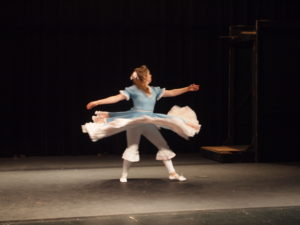 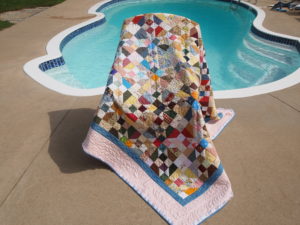 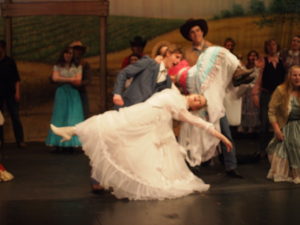 As a graduate with a major in musical theatre, Jacquelyn heads out tomorrow to work three months in South Dakota and she’s taking “OKLAHOMA! Backroads” quilt with her as she’s once again playing the role of Laurey Williams for Black Hills Playhouse. As you might guess, our vacation this year will be to South Dakota for opening night!

I love that there are meaningful fabrics in the quilt she’s packing. 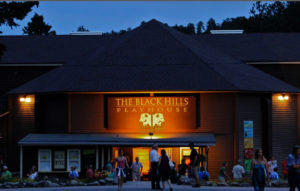 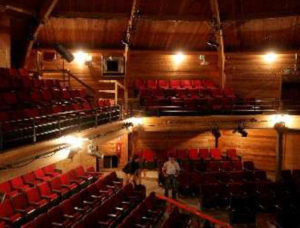 We’ve never been to this area of the country, so I’m looking forward to seeing all the sights AND quilt shops (recommendations please)!

When I made this quilt, I separated my scraps into lights, mediums, and darks. However, I really hadn’t discovered that the values change, depending upon what values surround them. I would have achieved a more defined pattern and secondary pattern had I paid attention to that AND had I used my camera’s black and white function to check the values. I’ve learned a lot with #usebothsides quilts when it comes to VALUE! (Click here for a post about value.)

Be sure to check out the newest pattern, Angelina, 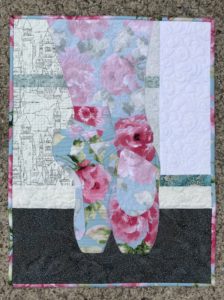 and all the #usebothsides patterns (click here) in my Etsy shop! 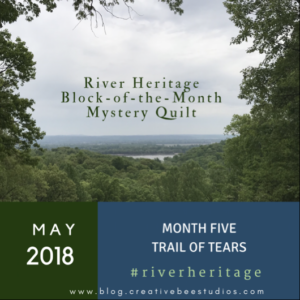